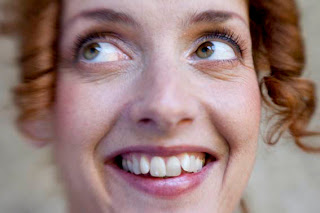 The beginning of another year. New Year's resolutions anyone? Goals this year? What are we hoping to change? And why? I have no intention of dashing ones dreams but.....I have to ask the most important question of all, which is; what makes us think that by changing anything, we'll be any better off? WHO SAYS?!

It reminds me of this old Buddhist (I think!) tale;

A poor man and his son live on a farm, they have a plow and a horse to pull it, that is until the latter runs away.

A little later the horse returns with a group of mares which it leads to their barn.

"That was lucky!" say his friends.

Trying to tame a particularly frisky new arrival, the son falls from the horse breaking his leg.

The army passes through the village to take the young men of the village to war, but seeing the son's broken leg they leave him behind with his father.

Who are we to judge?

Actually there's a similar little nugget in the cartoon/ film Kung Foo Panda (which thanks to my kids I watched for the 56th time last weekend) when the bear(?)maestro comes up to the wise old turtle and says "I've got good news and bad news." The turtle replies; "There's no such thing as GOOD news or BAD news. JUST NEWS."

We seem convinced that we all have our own a crystal ball. We gaze in and we know for sure that by changing diet, sport, partners, car, lovers, morals, jobs, city, name everything will be just great.

I'm not promoting utter passivity ; a 20 a day, couch potato kind of existence. If you want to change habits ok (but at least concentrate on the new instead of obsessing with the old). But by simply acknowledging that we need to change we are planting the seeds of dissatisfaction. Of fear and of guilt - because by demanding change we are basically stating "I am not whom I wish to be" which may be a slippery slope to "I don't like who I am". Well....that's a shame. Good? Bad ?Who knows!

Perhaps there is more to be said for "acceptance" at least with what we see as our (mental) "defects" and current context in which we find ourselves.

Over the christmas holidays I went to Val Sesia where I attempted cross country skiing - you slip your skis into these little tracks in the snow (that wind their way through woods and around streams - wonderful!) and....(excluding up hill slopes) you let yourself go. You kind of glide forward and simply enjoy the view. The second you start trying to change the direction of the skis(useless and detrimental), the second you bring your attention to the possible danger at your feet, you fall. You find yourself with your face in the snow. Everything comes to a sudden standstill. The trick (I found after a few bumps and bruises) is to let the skis go exactly where they want to go. Perhaps we could say the same about life. We spend a lot of energy trying to go against the flow, trying to take another direction, without even knowing if the turn we're set on is any better the one taken before.

Alan Watts in his book "Still the mind" reminds us that genies always give us three wishes so after two attempts and with the third wish, we can always get back to where we started.

Perhaps we don't need the first two wishes in the first place. Enjoy what you have.

so true and sometimes so difficult!
thanks for reminding

Thanks Anna for your comment. I know....it's so easy to say but unfortunately not so easy to put into practice - but remembering is the first step!
All the very best to you,
Tess