THE PLACATORY WHIMPER OF THE YOGI MOTHER 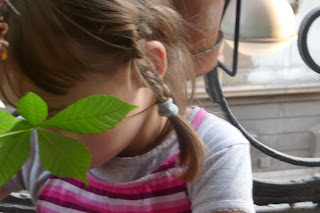 Lately Amy Chua caused a stir with her new book "Battle Hymn of the Tiger Mother" which talks about her bringing her children up the "chinese" and therefore "successful" way.

I have to say my jaw literally dropped when I read what her recipe for her children's success includes (or rather "excludes") :

No sleeping over a friends' houses

No having a play date

No being in a school plays

No choice in extra curricular activities

being the top of the class in ALL subjects (excluding only sport and drama) and playing the piano or violin (one or the other, no ifs or buts, triangles, recorders to be found) is considered mandatory.

My jaw dropped a few meters not due her rigidity and for putting results before friendships (warmth, social contact etc.) but for the fact that according to her criteria I make a very bad mother indeed. Of course I knew this before Amy Chua came along, but her work I found not only undermined my mothering skills (or lack of) but sprinkled the salt into my deepest wound, unearthed my greatest weakness which is of course my wont for a quiet life, which is

b) indicative of me missing the mark on the maternal front.

Lets look at a few examples of where I fall down and graze my knees badly in the parenting playground;

Being the top of the class:

The only way my eldest would make it to the top of the class is if she were enrolled to pluck a small insect off the ceiling (she loves bugs). Recently a friend of mine said of his own child:

"I would be seriously worried if he were at the top of the class, I mean a kid who prefers maths to rolling around in the mud?! There's something creepy, weird about it."

He seemed to revel in the mediocracy (his words not mine) of his son, who seems to find the content of his nose infinitely more interesting than that of any text/school book (he is not in his teens yet I hasten to add - on reaching which the inside of his nostrils will suddenly fade into insignificance and what's inside anothers knickers will no doubt seem far more worthy of his time and attention. Will there be a small window of time between one and the other for academic brilliance to shine through? Who knows). Mediocracy it seems, is close to psychological well-being, to growing up "whole" according to this particular parent.

I do not have the energy nor will to coerce my child into playing the piano, but I did try (honest, Amy!) I tried! I tried! The Eldest tried it for three months then gave up preferring friends and cuddly animals to plonking away at keys in her spare time. I can't do the screaming and tearing out of the hair for the sake of a musical instrument and increasing the activity of the hippocampus of my child. I just can't do it.

Sunday mornings only (with lots of exceptions) to enable us to have a lie in which has become oh so much more of a treat now that The Eldest prepares us breakfast in bed. Another much loved friend and parent on hearing our TV rules cried " WHAT?! Are you mad? I'd do anything to have my son watch a couple of hours telly when I need a break - but he's not in the slightest bit interested. Make the most of it while you can".

That made me feel better.

my greatest moment of joy is when my beloved neighbor Cristiana offers to take both girls to sleep over with her two children of the same age. Dinner lovingly cooked included (a true Roman mother). This leaves me to some - forgive me the awful term - quality time with Husband. Yes, he does exist and I think has a right to some of my time too - although he would probably be perfectly happy without it.

I envy ( I know - it's not very yogic) Amy her will power, her determination and dedication (all of which are absolutely alien to me)for her remaining unflinching in the face of her children's temporary and fleeting dislike of her and her insistence. I think one of the most difficult things to give anyone is your time, and to be present with them. Amy does this very well and her children will, in the long run, Im sure thank her for it.

It seems that asians living in America (huge generalization I know) often have a very narrow and distinct definition of success which is inextricably linked to academic brilliance, which often seems to lead to .....well McDonalds - but lets look on the bright side....a very promising career with affluent lifestyle.

Pondering what it means to have a "successful" life ("affluent lifstyle" just doesn't satisfy me personally as a definition)I stumbled across this which I think is an interesting alternative to Amy Chua's:

To laugh often and much;

to win the respect of intelligent people

and the affection of children;

to earn the appreciation of honest critics

and endure the betrayal of false friends;

to appreciate beauty; to find the best in others;

to leave the world a bit better,

whether by a healthy child,

or a redeemed social condition;

to know even one life has breathed easier

because you have lived.

This is to have succeeded.

I prefer this version I have to admit (possibly due to my limp wristed parenting style), but wish Amy all the very best in her "battle"!